IMMIGRATION MINISTER David Coleman has at last allowed the 2018-19 Migration Program report to be published in early December. These are usually finalised each July.

There are two highlights from the report:

The 2018-19 Program was delivered at 160,323 places, down from 162,417 in 2017-18. The outcome included 6,209 formal permanent residence visas to New Zealand citizens — these visas have traditionally not been counted as part of the migration program. This distorts historical comparisons and makes the skill stream appear larger than it actually is.

84,260 visas were delivered to people already in Australia and hence would mostly have already been counted as part of net overseas migration.

The direct contribution of the permanent migration program to net overseas migration continues to decline, especially after adjusting for permanent residents who leave Australia on a long-term or permanent basis (over 21,000 in 2017-18). With a weaker Australian economy and labour market, and the longer four-year wait for access to social support bites, permanent departures will grow.

The Coalition Government seems to think it is good policy to keep thousands of Australian citizens apart from their partners or to force them to live elsewhere while allowing scammers to facilitate the entry of thousands of non-genuine asylum seekers.

Note this is not a question of immigration integrity as the refusal rate for partner visas has remained around 10% for many years and the set-aside rate for partner applications at the AAT has increased to 59%. In other words, the quality of Home Affairs decision-making has been deteriorating. This is after Australian citizens and their partners have paid an application charge of almost $8,000 at the primary stage and have often waited for two years or more.

With the lack of places for partners in the migration program in 2019-20, that wait will rise. Introduction of a premium service channel, under a privatised visa system, would mean the application charge would increase further and the waiting time would rise further, for those unable to pay the higher charge for the premium service channel.

This is indeed scandalous (see here and here).

Partner visas: Another Dutton scandal
Peter Dutton has cut down on the number of partner visas available and created a backlog of 80,000 applications, excerpt https://t.co/FEjHINF9UY @IndependentAus

This decline is the result of ham-fisted changes announced by Peter Dutton in early 2017 and largely implemented from early 2018 (see here).

The Australian Banking System and Opening a Bank Account

Yonder is a "real time"​ interactive learning and news platform for people for moving country.

In Part 4 of our series on the Australian Partner Visa we look into the complexities of getting onshore during processing times and Bridging Visas. #PartnerVisaAustralia #YonderAustralia #visasandnewsonline

Wondering about travel insurance policies and CV9 - this article explains whether you will be covered or not.

Coronavirus COVID-19 and travel insurance: What you need to know - ABC Life

Travelling overseas? Unless you booked your travel insurance before late January, it's unlikely you'll be covered for anything related to the coronavi...

With frequent updates being released regarding the CoronaVirus keep an eye on the Department of Home Affairs travel advice page if you have plans to head overseas https://t.co/mEoVpaziZJ 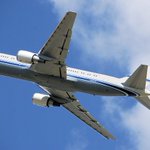 With recent news of opportunities for working holiday makers to assist with Bushfire relief, this article takes a closer look at the WHV and the recent changes as a result of these announcements #workingholidayvisa #bushfirerelief
https://t.co/ChLj8Qd54o 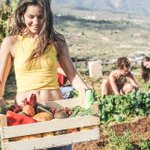 Volunteers setting the benchmark for the working holiday helpers that will follow "Bushfirerelief #Workingholiday
https://t.co/jof1nYYhU9 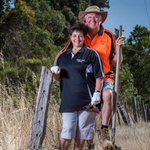 Reply on TwitterRetweet on TwitterLike on Twitter1Twitter
Load More...

Yonder Australia Visa Services is Australia’s first 100% online migration consultancy. We recognise the demand for a more flexible approach when using a registered migration agent and we have developed a number of options to engage our services with this in mind. We also post regular news articles supported by our industry partners and ensure we share the most up to date, relevant and trustworthy content available for those moving to Australia.