A flood of potential property buyers from Hong Kong are approaching local migration agents, hoping to secure Australian residency ahead of buying homes in Sydney and on the Gold Coast.

A Chinese migration agent has revealed he recently received advice from the NSW Department of Industry that there’d been a significant increase in applications for business and investor visas over the past few months, which had heightened with the current unrest.

Experts predict the new cashed-up buyers, mostly experienced businesspeople, could have a substantial impact on the Sydney market in two to five years.

“While there has been some increase in demand for Sydney property by Hong Kong buyers since the unrest began, purchasing real estate is not the first step in coming to this country,” said Georg Chmiel, executive chairman of Juwai.com, the global platform that markets overseas property to the Chinese market (on the mainland and in Hong Kong).

“It’s more important to obtain legal residency. Expect to see wealthy Hong Kongers first renting in Sydney or at least waiting until they have obtained their visa before they purchase. That way, they can avoid the foreign buyer tax.

“Over the next two to five years, there could be a substantial impact on the property market as these individuals look to settle down and purchase but, for now, it is too early for that.”

So-called “golden visa” – officially processed by the federal government but need to be linked to a particular state government – applicants tend to be senior businesspeople in Hong Kong with plenty of disposable income that could be readily invested in property.

They’ve been particularly unsettled by the series of pro-democracy demonstrations that have been crippling the island over the past two months.

At the same time, the protests, the violence and the threats of reprisals have unsettled the Hong Kong stock market, already weakened by the China-US trade rows, and last week saw shares tumble to a seven-month low. The Asian financial centre is home to no fewer than seven Fortune Global 500 companies, but is now facing its most serious crisis in decades.

In such circumstances, it’s little wonder that overseas property looks a good bet for storing wealth and the NSW Department of Industry clearly sees such migrants as desirable for Australia.

A department manager emailed a Chinese agent, saying: “The NSW government is committed to ensuring you have the appropriate support to be able to discuss migration options with your clients and, in particularly, be up to date with the latest information and resources on NSW’s Business and Investor Migration program.”

“These are all people from Hong Kong of Chinese origin who are successful, established businesspeople,” she said. “A few already have Australian residency, or their children do, but now they’re all seriously looking.

“We had a group of 15 come over two weeks ago and now we have four visitors actively looking. They’re looking at really big houses and are wanting to stay close together in the same suburb, or even street. Sydney is their first choice, or some are also looking at the Gold Coast for lifestyle.”

Until 2017, Hong Kong buyers ranked Australia their top destination for foreign home buying, according to Juwai.com buyer inquiry trends, but since 2017 Australia has ranked fourth.

The loss of ranking coincided with the Australian banks stopping lending to foreign buyers, and most of the top destinations imposing a 7 to 8 per cent tax on purchases by overseas buyers.

“But now Hong Kong demand for Australian property is back to where it was in 2014,” said Mr Chmiel. “Last year, the number of Hong Kong buying inquiries was up 53 per cent compared to the year before.

“For wealthy Hong Kongers, Australia ranks second after Singapore and just before Canada as a destination. Even if they decamp from Hong Kong, they generally will still rely on greater China and South-East Asia as the sources of their income, and Australia makes much more sense than moving to the American hemisphere.”

Looking to rent a home? There are six things that will help or hinder you

Internet and Phone options in Australia

Sydney’s eastern suburbs are the most liveable, while the city’s south west is least...

What to Expect from the Australian Climate

Yonder Australia - August 26, 2019
0
Migration
Most people applying for Australian visas are required to satisfy prescribed health requirements which are intended to protect the Australian community from...
TWITTER FEED

Yonder is a "real time"​ interactive learning and news platform for people for moving country.

Australia Day is incomplete without our promise to our nation to make it stronger and pride nation. Let us all work hard to make it the best place on earth. Happy Australia Day. 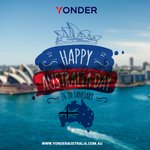 May the bright and festive glow of New Year candle warm the days all the year through. Hoping you will have a wonderful time enjoying New Year that is happy in every way. 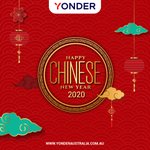 In 2020 we continue our deep dive into the Australian Partner Visa process. In the third of our instalments we explore the sponsorship element, focusing on requirements and limitations. #australianpartnervisa #yonderoriginal #yonderaustralia

0.0 00 Previously we have explored the different types of Partner Visas which are available for your Circumstances. Regardless of which visa you are a...

The second of our #movingtoaustraliachecklist gives some great packing tips to ensure you get
everything to Australia in one piece. #yonderoriginal #yonderaustralia #visasandnewsonline

0.0 00 While, in many ways, moving to Australia will represent a fresh start in your life, there is a fair chance that you will want to bring many of ...

Is 2020 going to be the year you finally move to Australia? Keep an eye out for our
#MovingtoAustraliachecklist this year for all you need to know. We kick things off with some tips
on storage. #Yonderoriginal #Yonderaustralia #visasandnewsonline

After moving to Australia, it may be likely that you will need storage for some of your belongings. Here are some tips for arranging storage in Austra...

Reply on TwitterRetweet on TwitterLike on TwitterTwitter
Load More...

Yonder is a "real time" interactive learning and news platform for people for moving country. We are passionate about giving movers the most relevant and up to date information available to them and our content is carefully crafted with movers in mind
Contact us: contact@yonderaustralia.com.au